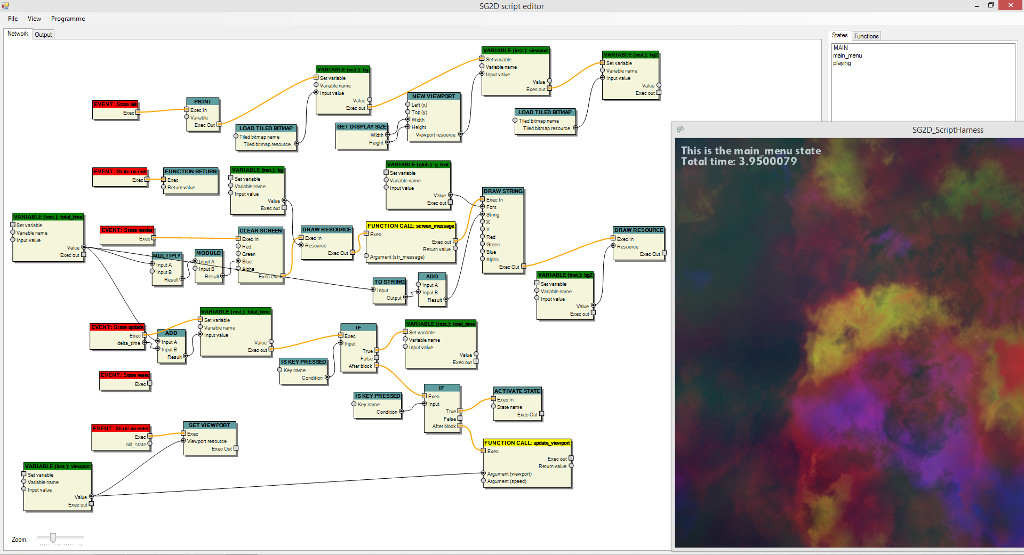 I have just finished an early alpha version of the tool, called “SG2D script editor”, which will be used to generate the Python script used to drive the engine.

The tool currently has the following features: -

Here’s a video of the tool in action: -

There’s still a lot of work to do, so watch this space for more updates soon!