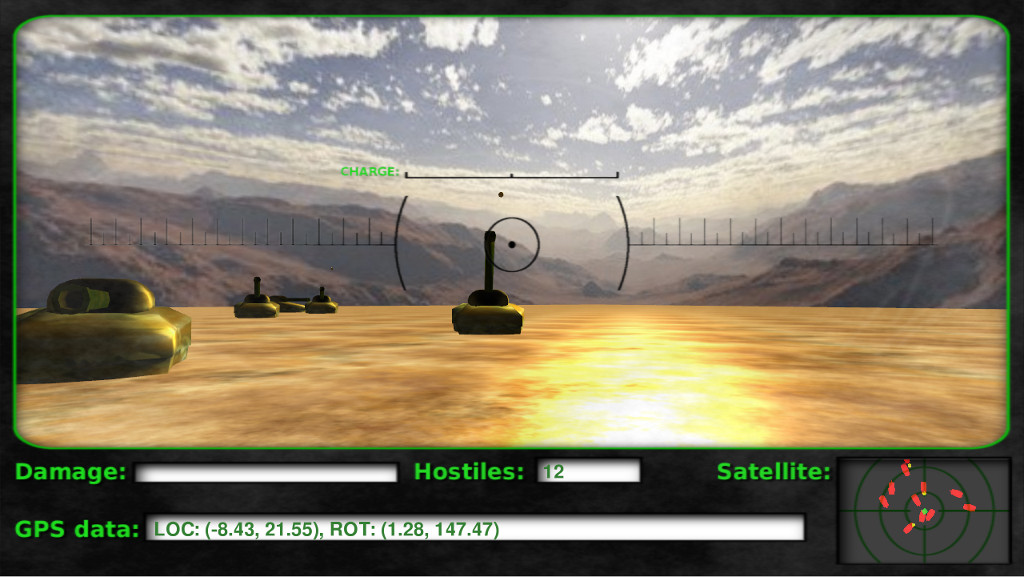 Here’s a new game that I created for a university assignment called “Tank Battleground!”

The assignment required me to create a 3D game which used physics and demonstrated OpenGL and GLSL. I decided to use the idea of an arcade tank game so that I could demonstrate physics for movement (acceleration, velocity and displacement), projectile trajectories, friction, recoil, etc.

The game was written from the ground up using C++, OpenGL, GLSL, GLFW, SDL_mixer, FreeImage and FreeType. I first coded a game library (simple engine) and then used that to build the game.

Here’s a video of the game in action: -